And you know who you are - all of you! ;)
Let me strike the first salvo...
I have been linking this blog in all the wrong places, allegedly (www.scout; but also in pretty good places too, mind you; care2connect! It all balances out I guess...) - and it is to be expected that, as I have seen on other blogs (hmm... fishing blogs, incidentally...) some nasty bugger will rear his ugly head here, sooner or later...
THUS - this is for you... ALL of you from these parts that I mentioned... from the nastiest of the nasty ugly heads to rear anywhere (NYR - :) to the meekest intellects of the whole sorry bunch...

Nehemiah 2:19
But when Sanballat the Horonite, and Tobiah the servant, the Ammonite, and Geshem the Arabian, heard it, they laughed us to scorn, and despised us, and said, What is this thing that ye do? Will ye rebel against the king?

Nehemiah 2:20
Then answered I them, and said unto them, The God of heaven, he will prosper us; therefore we his servants will arise and build: but ye have no portion, nor right, nor memorial, in Jerusalem.

(THAT WOULD BE THEE - CYBER TROGLODYTES AND THY LIKE - AMBULANT OXYMORONS THEE ARE, VERILY...! WHO, BUT WHO IN THEIR RIGHT MIND MADE THEE MODERATORS AND FINE OBSERVERS OF ANY ACTIVITIES ON ANY LEVEL... WHEN THY LIVES ARE IN SUCH A SORDID MESS - AND YOU CAN BARELY LIFT YOUR EYES FROM IT TO SEE IN FRONT OF THEE, AT BEST...!)

I await the first troll... though I shall handle him as opprobriously as humanly possible - be forewarned! Alas, not everyone can ripost here - it is somewhat more of an exclusive club than that sorry excuse for an open forum - www.scout.com!!!

TO EVERYONE ELSE, THOSE FRIENDS OF MAGZ, OTHER READERS AND FRIENDS AND FAMILY - BYPASS THIS INTERRUPTION AND MOVE ON TO THE NEXT POST... THANK YOU! :)

Time has stopped for someone

Time will likely not stand still for long along the Palestinian/Israeli border...

What effects will this untimely passing have though, in that region... and in the world?

Only time will tell...

Time, also, to stop beating around the BUSH (pun most probably intended... indubitably! ;) - why wait any longer and go bloggety bloggety onwards, just to bring a touch of levity and a smile to a few good men and women's visages... when I could step things up and get downright visceral here...?


Yes... no more Mr. Nice Luminous Blog...
starting with the VERY NEXT POST...

Time waits for no one...

Yes - I admit to being whimsical here... yet again!
Merely quoting randomly from favorite songs, all time-related...
I could not find the time to write here, mainly because of NaNoWriMo and other considerations... Ahh - if only time travelling was possible... the amounts of time we could recuperate! Oh - wait... I can always change the time & date on the blog itself... Yeah! Close enough to time travel I say...!!! ;)

Blessings - you time bandits you!

I have come to believe that the whole world is an enigma, a harmless enigma that is made terrible by our own mad attempt to interpret it as though it had an underlying truth. -Umberto Eco


One of my pet words there -truth- played down by the master of the Middle-Ages, the Man, Umberto...

Makes me wonder though... If erudites think there is no greater truth... no Grand Scheme to things at all... are they any closer to the truth than us mere laymen who hope there is a method to all the madness that surrounds us... at the very least, ultimately...?!? We merely make a bigger mess... when we try to get to the bottom of it...?!? Hmm... mayhaps, because our thoughts are too... petty? Our vision too small-minded?

Something to ponder indeed... and to elaborate upon... and I shall do so too...
next time... and in the coming days! 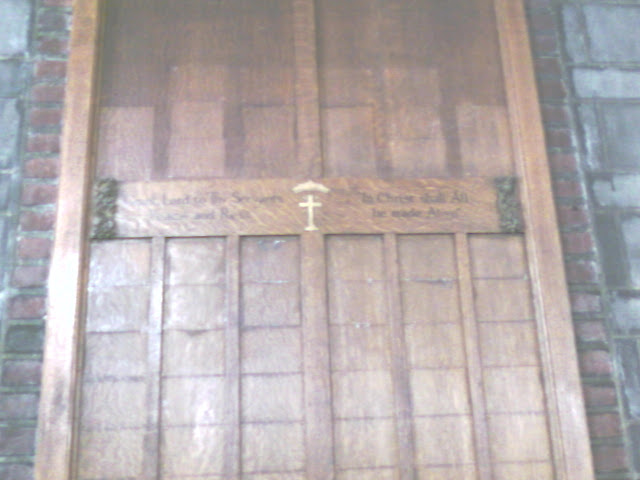 THE ESSENCE OF LUMINESCENCE
It is found in the way we act
and in the way we talk
in the way we think
and even in the way we walk
It is reputed to be found in the mirrors of our souls
which are our eyes - most precious jewels
It is believed to be found at the very core of our beings
that is, in those of us that are decent human beings
Not all of us are born equal, says genetics
Then no offense shall be taken when it is said
that not all of us are equals in the spiritual as well
And thus, no wonder that the perfect individual cannot be found
For it cannot be that one who espouses modern science
and all of its stupendous skepticism / refuting rhetoric
could possibly also be well-versed in the inner truths
that can only be acknowledged and measured within
such is the essence of luminescence
Not merely being a good boy scout
No - that is not what it is ALL about...!
© 2004 Luciano Pimentel A.R.R.

Which quote is the best? (LOL).

In today's highly competitive world, everything and anything is always compared (although, admittedly, "it ain't fair to compare"...) and pitted up against one another... in whatever field it might be!

I might even call this "the first annual (?) comparatative luminous competition"...!!!

And let us start right away with the BEST OF THE BEST... and la Crème de la Crème!

Which quote deserves the nod here... by the right criteria, though... which are which one is most inspiring... and closer to the truth!

"The virtue of the candle lies not in the wax that leaves its trace, but in its light." - --Antoine de Saint-Exupery

"There are two ways to spread the light; be the candle... or the mirror that reflects It." - -- Edith Wharton

Cast your votes... uh... a.s.a.p.? :\ (LOL).
I shall not try to influence the vote... that is, if anyone ever does "vote"... However, I will state the following; although both inspire me, only one makes up my signature quote on a certain message board where I posted, practically, as if it were my blog in actuality...! (Not telling you which one though... ;)

The sad realization is the following: people have very faillible short-term memory nowadays... Very much so... It's either that or they lack choices, which is equally sad, really... :(

Take Canada for instance; they grumble, they are disgusted... but they do not make the changes they could make... perhaps should make... (although, truth be told, their situation is not nearly as dire as the leader of the free world is coming to...).

The Liberal party has won a bunch of elections in a row now... Amidst scandals, controversies, unfulfilled promises from the very head of the party (also the source of the scandal incidentally... no, not the frankensteinish Chrétien any longer, but the dracula-ish, charismatic Paul Martin...!). :
People, perhaps, just don't give a damn?
Or, again, they have no other choices really...
What other party could the Canadian people have placed their trust in...?
The Conservatives? They had their streak... and, towards the end, it was terrible...
(Quite paradoxically, some peeps appear to have quite the effective LONG-TERM memory... just not the short-term... At least Canadians do! Must be the benefits of the cold weather...). The Bloc Québécois? Uh... next! The... the... what other parties do they have up there?!? (Well, at least they have got more than just TWO!!!). :)

Draw the parallel that is appropriate to the USofA's situation...
And... discuss amongst yourselves... ;)