My advice is: on this trip, focus on the luminous slideshow and not on the video clip supplied below it - but all the while listening to the song it does provide (the clip, that is - duh!)
For best results, resize your browser window, if need be, to avoid the oddities of said video - and see only the splendors of the nine islands that comprise the archipelago of the Açores ("Azores" for inane tourists only!)
There are plenty of oddities there though - just like there are everywhere else! I have seen them all - in the Açores, in Europe, in North America, South America - these oddities that I am alluding to are all over the place! Clue: they are NOT the "proud" kind... hint, hint! As a wordsmith once said; "nuff said".
Now, since these oddities are everywhere, we might as well pick the sunniest spot; where the weather is not so hard on you, all year through! And that would be on island such as these: the Canaries, Mediterranean isles... and the Açores!
Oh - and visit this link here:
*Flags courtesy of ITA's
Flags of All Countries used with permission.*
and not the one in the lower left corner!
Thank you and enjoy your journey!

Extra luminous data: The Portugal flag was officially adopted on June 30, 1911.
This historic flag is symbolic of epic Portuguese voyages that would make them the first to discover the ocean routes to India, Brazil, China and Japan, and at the same time establish settlements on the east and west coasts of Africa.
Green is representative of King Henry the Navigator, a famed Portuguese explorer. The centered shield is representative of ocean exploration and the expansion of Portugal's influence during the reign of King Afonso Henriques. Red recalls the internal revolution of the early 1800s.
Link
// posted by Luminous (\ô/) Luciano™ @ 11:59 PM 0 luminous comments 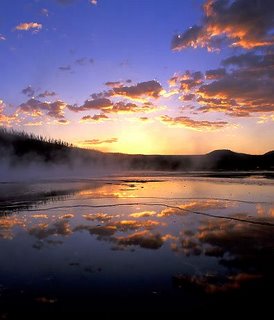 Twilight Of The Plebeians

Let us hope, pray and work for a better world...

April is a great many things it appears (who would've known) - it is poetry month. It is anti-TV time too, oddly enough (after all, with the abundant "soft rains of April", should we not stay indoors? What else are we to do indoors? Hmm, okay, don't answer that...) And it is also the time for a whole lot of remembrance as well... Remembrance of the Holocaust.

As if all that April rain mirrored the tears shed for the deceased.
All the pain and all the torment...
All the anguish... and all the sense of loss that is so painful to bear.
All the suffering... whether it is deemed necessary or unnecessary suffering...

No matter how abundant these rains are, they are neither soft nor apt to wash away the stench of death that lingers on long after the passage of the grim reaper.

Incidentally, Yom Hashoah -Holocaust Remembrance Day- is also Yom Hazikaron -Israel Independence Day... Personally, I would have had separate commemorative days, but that's just me and I am not Jewish!

April 25th is also Anzac Day in Australia and New Zealand; when "the whole of Australia (is involved) in solemn ceremonies of remembrance, gratitude and national pride for all men and women who have fought and died in all wars".

ANZAC was the name given to the Australian and New Zealand Army Corps soldiers who landed on the Gallipoli Peninsula in Turkey early on the morning of 25 April 1915 during the First World War (1914-1918).

All of April has been a month of remembrance for me this year.
The rain has been abundant too.
Drowning sorrow... or making it worse.
In the end, what does it matter? Nobody gives a damn. Nobody cares. And no one matters!

Celebrate a "Meatless Monday!" and try a new vegetarian meal from Engine 2 in Austin, TX...

Why? Recently, National Public Radio's All Things Considered reported an interesting story. Two years ago, Texas firefighter James Rae's cholesterol hit a whopping 344. In response, he and his fellow firefighters at Station 2 in Austin started eating vegetarian, and their "Engine 2" has spearheaded family-style vegetarian eating at their firehouse. Rae's cholesterol is now 196 and dropping. So join the firefighters on Engine 2 and try a vegetarian meal today!

A new study has found that individuals whose diets are heavy in meat, refined starches, and sodium are nearly one and a half times more likely to suffer from persistent coughs with phlegm than those who consume a diet high in vegetables, fruit, and soy.

According a study published in American Journal of Respiratory, researchers analyzed data to assess the usual dietary intake of over 50,000 participants. “We were able to identify two distinct food patterns in our population. What we refer to as the ‘meat-dim sum pattern’ and the ‘vegetable-fruit-soy pattern’,” said lead researcher said Dr. Stephanie London.

The meat-based pattern contained predominantly pork, chicken, fish, noodles, and preserved foods, while the opposing diet consisted mainly of vegetables, fruit, and soy. The meat-based diet was positively associated with onset cough with phlegm after adjusting for age, gender, smoking, and other factors.

Coughs with phlegm, eh? That's nothing! Think of the "joys" of mad cow disease, bird flu epidemic and contaminated fish (not to mention pork - isn't the pig an "unclean animal" to begin with?)

The "Fantastic Four" from Engine 2 (I wonder which one's the Human Torch - isn't that like, a major conflict of interests or something?!?) may make every other Monday a veggie monday - and it goes for today as well, April 24th! However, AUGUST 24TH of last year was really... GRILL-CHEESE MONDAY! Here is the evidence corroborating that too:

Grilled Cheese sandwiches aren't just about Kraft slices and Wonder Bread anymore, and this coming Monday, Slashfood is going to devote the entire day to proving it. Monday, August 29 is Grilled Cheese Day on Slashfood. Nothing but grilled cheese posts, all day long. We'll talk to special guests, share recipes and preparation tips for non-traditional and international interpretations, look into grilled cheese gadgetry, and even report from the scene of a competitive grilled cheese eating event. Can't wait until Monday? Put your grilled cheese photos where we can see 'em – tag them with "grilledcheese" and "slashfood" on Flickr, and we'll link to our favorites in a special installment of Food Porn. We want to do a theme day every Monday, so if you have ideas for next week's installment, let us know in the comments on this post.

I guess that the moral of this post today is - whether it is veggies and soy or good ol' grilled-cheese sandwiches, we can eat to our heart's content without incorporating any meats whatsoever into our menus! And our meals as our health in general will be that much better off for it!
Let the animals eat each other - and let's eat healthier ourselves.
Link
// posted by Luminous (\ô/) Luciano™ @ 2:04 PM 0 luminous comments 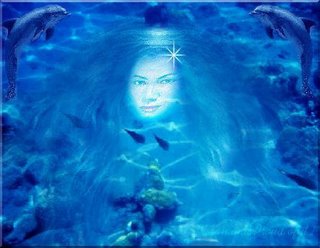 1. No one can ruin your day without YOUR permission.

2. Most people will be about as happy, as they decide to be.

3. Others can stop you temporarily, but only you can do it permanently.

4. Whatever you are willing to put up with, is exactly what you will have.

5. Success stops when you do.

6. When your ship comes in, make sure you are willing to unload it.

7. You will never "have it all together."

8. Life is a journey... not a destination. Enjoy the trip!

10. The best way to escape your problem is to solve it.

12. Life's precious moments don't have value, unless they are shared.

14. We often fear the thing we want the most.

16. Yesterday was the deadline for all complaints.

17. Look for opportunities... not guarantees.

19. Success is getting up one more time.

20. Now is the most interesting time of all.

22. If everything is going right - count your blessings and prepare for their running out on you eventually!