Mr. President, this job can't be fun for you any more. There's no more money to spend--you used up all of that. You can't start another war because you used up the army. And now, darn the luck, the rest of your term has become the Bush family nightmare: helping poor people.
Listen to your Mom.
The cupboard's bare, the credit cards maxed out. No one's speaking to you. Mission accomplished.

Now it's time to do what you've always done best: lose interest and walk away. Like you did with your military service and the oil company and the baseball team. It's time. Time to move on and try the next fantasy job. How about cowboy or spaceman?

Now I know what you're saying: there's so many other things that you as President could involve yourself in. Please don't.
I know, I know. There's a lot left to do. There's a war with Venezuela. Eliminating the sales tax on yachts. Turning the space program over to the church. And Social Security to Fannie Mae.
Giving embryos the vote.

But, Sir, none of that is going to happen now.
Why? Because you govern like Billy Joel drives.
You've performed so poorly I'm surprised that you haven't given yourself a medal. You're a catastrophe that walks like a man. Herbert Hoover was a shitty president, but even he never conceded an entire city to rising water and snakes.

On your watch, we've lost almost all of our allies, the surplus, four airliners, two trade centers, a piece of the Pentagon and the City of New Orleans. Maybe you're just not lucky. I'm not saying you don't love this country. I'm just wondering how much worse it could be if you were on the other side.

I have always been a Bill Maher fan.
Anyone who says out loud what deserves to be said but rarely ever is (due to damnable political correctness or -worse still- the alleged status of untouchability of certain characters...) - anyone who bashes deserving individuals, no matter how powerful they are and no matter the consequences - anyone who denounces stupidity that is leaning towards evil now... anyone like that has my support!
Hurray for Bill Maher!
*LOL* Giving embryos the right to vote... they'd make a wiser choice, I am sure! *LOL*
And I just know that the church would do wonders with the space program - imagine Raël with a budget and a truly GOOD PURPOSE... No one would doubt the existence of God within a mere few months!
Dubya in Space - I can see it too... he will want Eastwood, James Garner and Tommy Lee Jones to go with him though... plus a few Men In Black... a few Pigs (In Space)... and we cannot forget old man Cheney and tough guy Rumsfeld, now can we? Hopefully they will all set up base on the dark side of the moon - and then we will see Space:1999* finally come true before our very eyes! Why not, eh - Dubya has cost us all so much already - he can cost us the moon too while he's at it! The flip side of it is: we'll be rid of him as well... finally!

The images are copyrighted to their rightful owners; the RED Say No Logo is owned by The Dubya Report 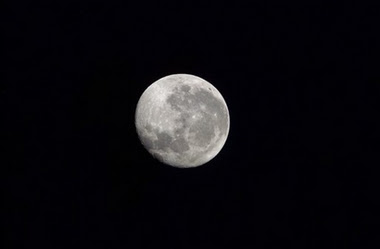 Bark at the moon now, Bush.

Hurricane Katrina devastated New Orleans - and never mind the fact that movie director and ex-Monty Python funnyman Terry Gilliam is absolutely right in what he says about the USofA (that they are only pretenders - not leaders - of the free world or anything else! They want to appear in control of everything that goes on worldwide - and they were totally taken aback by mother nature in their own backyard! As Gilliam said, the whole "we're in control" propaganda is a LIE - the American Government is full of LIARS - and any Third World country would have truly would have fared better if faced with Katrina's fury! But it is another hypothetical story... of course). The fact is, of course, that after such a natural cataclysm, many more plights follow - none worse than hunger. And it is our duty to help our fellow man. The following link leads you down many roads to be able to do just that...
Katrina Relief

However, famine... hunger... starvation... is NOT a temporary plight. It exists worldwide, every single day of the year. Some facts, courtesy of another site:

HUNGER: DO YOU KNOW THE FACTS?
It is estimated that one billion people in the world suffer from hunger and malnutrition. That's roughly 100 times as many as those who actually die from these causes each year.

About 24,000 people die every day from hunger or hunger-related causes. This is down from 35,000 ten years ago, and 41,000 twenty years ago. Three-fourths of the deaths are children under the age of five.

Famine and wars cause about 10% of hunger deaths, although these tend to be the ones you hear about most often. The majority of hunger deaths are caused by chronic malnutrition. Families facing extreme poverty are simply unable to get enough food to eat.

In 1999, a year marked by good economic news, 31 million Americans were food insecure, meaning they were either hungry or unsure of where their next meal would come from. Of these Americans, 12 million were children. The Hunger Site began on June 1, 1999.

Please remember to click every day to give help and hope to those with nowhere to turn. Every click counts in the life of a hungry person.

Again, every click counts in the life of a hungry person.

My advice is - make every single click you ever do count for something worthwhile!
And if you want to do more than just... clicking... look through here...
Less Clicks.Com 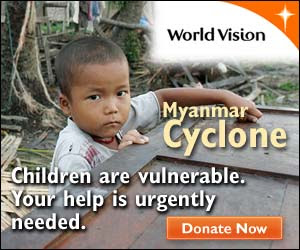