Johns And The Medical Establishment... 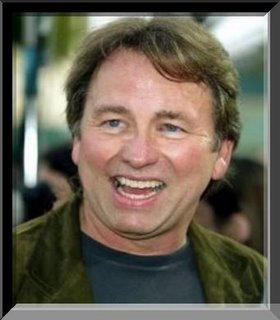 I guess that, maybe, they have it against Johns, the docs and quacks of this world... Or maybe, since John The Baptist, every man named John (or João... or Jean... or Juan... or Jonas...? I will not search for other versions of the same name at this time) has had a tremendous streak of bad luck...
Especially when it comes time to get something diagnosed fast... or adequately taken care of by men of medecine...

This famous and sad example is but one example - one of MANY. And we have to applaud Amy Yasbeck and the Ritter family for taking it so well when it is clear that a slow progress of medical assessment of the events and the delay in the delivery of the proper diagnosis that this ensued truly... doomed John Ritter (1949-2003).

prayers ~ because I need them ~ and you do too

We'll fight, not out of spite
For someone must stand up for what's right
'Cause where there's a man who has no voice
There ours shall go singing

Some luminous links today; for those of us who still have some sort of health to protect and preserve...!

I do realize that the luminous blog has not exactly been living up to its name lately... The blog's author being in torment and turmoil and all... Here we will try, timidly, to veer back unto the "right track" - and become, once again, some sort of a lighthouse in the darkness of this cold cruel world ~ for as long as I endure...

Get a catalogue from the Herbal Healer Academy and become a member-it's full of vital information:
www.herbalhealer.com

I hope this helps out. If you are interested in herbs, they sell them through mail order. They also have courses on Herbology/ Naturopathic Medicine and a whole lot of other luminous stuff too! It is truly a great store. They are based out of Alabama, U.S.A.
I always did like Alabama SONGS; Reba & Shania as well, but that is another story...! :)
For those of you in Brazil and Portugal - I also recommend um bom châsinho de malvas!
Link
// posted by Luminous (\ô/) Luciano™ @ 10:45 PM 2 luminous comments

"Margarine is but ONE MOLECULE away from being PLASTIC..."
Because butter is an animal product, it contains cholesterol, amounting to 30 mg per tablespoon or 10% of the USDA recommended daily allowance. Margarines, because they are non-animal products, do not.

The preceeding chart says nothing about which margarines contain trans fats or how much because this information is not always included on product labels.

Although a great deal of the information given in the e-mail is valid, one bit of intelligence is nothing more than hyperbole tossed in by the author in an effort to make his point more strongly. The claim that some comestible is but a "single molecule away" from being a decidedly inedible (or even toxic) substance has been applied to a variety of processed foods.
[Collected via e-mail, 2005]

I was told that the difference between Cool Whip and Styrofoam is one molecule... is this true???
These types of statements (even if they were true) are essentially meaningless. Many disparate substances share similar chemical properties, but even the slightest variation in molecular structure can make a world of difference in the qualities of those substances.

Some of the "Butter vs. margarine" mailings circulated in 2005 had this preface tacked onto them:
[Collected via e-mail, 2005]

Margarine was originally manufactured to fatten turkeys. When it killed the turkeys, the people who had put all the money into the research wanted a payback so they put their heads together to figure out what to do with this product to get their money back. It was a white substance with no food appeal so they added the yellow coloring and sold it to people to use in place of butter. How do you like it? They have come out with some clever new flavorings.
Contrary to the claim, margarine was not invented as a turkey fattener — it was formulated in 1869 by Hippolyte Mège Mouriès of France in response to Napoleon III's offering a prize to whomever could succeed at producing a viable low-cost substitute for butter. Mège Mouriès' concoction, which he dubbed oleomargarine, was achieved by adding salty water, milk, and margaric acid to softened beef fat. By the turn of the century, the beef fat in the original recipe had been replaced by vegetable oils.

In 1886, New York and New Jersey prohibited the manufacture and sale of yellow-colored margarine, and by 1902, 32 U.S. states had enacted such prohibitions against the coloration of the spread. (Folks got around this by mixing yellow food coloring into the white margarine.) In 1950 President Truman repealed the requirement that margarine be offered for sale only in uncolored state, which led to the widespread production of the yellow margarine that has come to be the norm.

57 Channels And Nothing On... Flick Through A Few Here, Why Don't You. Me, I Feel Not Like Typing Much Today... 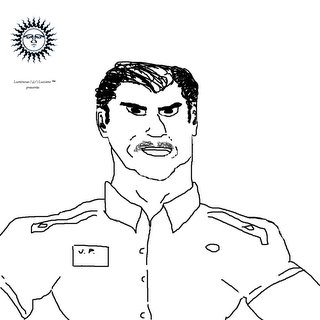 
Thirty odd years ago today,
he was pacing the halls of that hospital...
As I came into this world.
He had lit a candle to the Holy Virgin
So that both his wife and child would survive.
I was pacing the halls of that same hospital
A mere month ago... demanding that they keep him alive
in this cold cruel world...
Aye, it is cold and it is cruel -
yet, despite that fact,
when death comes we do not want to give in.
In our case, especially not -
not in that same hospital
where they have kept a 95 year-old woman alive,
on a respirator,
in a neuro-vegetative coma,
for MONTHS...
And me, I had to fight
with the medical staff
and the administration
to get my father the same thing
the same treatment
for barely a week!
Curse you to hell, Dr. Bellemarre
Pre-destined name that you have there,
dispenser of death
that you truly are!
In a hospital rife with pre-destined names...
they have a Dr. Lacharité...
a Dr. Labrecque... a Dr. Ferron and a Dr. Marsolais (...)
yours, Bellemare, took the highest dishonors!
This hospital, so rich of quacks of renown...
Some do a terrible job
Others are adequate
- for small tasks only!
They profess to lead the way in all the major areas of their profession
and thus, they believe to be meritorious of the new E.R.
to be inaugurated in the fall of 2006.
But when it comes to actually saving lives
they are found to have not enough of a budget all of a sudden...
To refurbish an old hospital, they could find millions
to save the earthly life of one precious kind soul
they could not find enough reasons
to soldier on as their oath dictates that they do.
They invoked "l'acharnement thérapeutique"
(aggressive therapy - nothing more)
and it not applying in this case...
They invoked the hopelessness of any possible recuperation...
They even invoked the possibility of another,
more "salvageable case" coming in
into intensive care...
(Such as what - that 95 year-old?)
All to do the opposite - and not save but snuff out that life
- that life that didn't matter to them.
Hence, we had to clear the spot.
Because we had no hope.
We were stripped of it early.
By the good hypocrites
who swore Hippocrates' Oath.
I curse you all on this day
nurses and quacks
who contributed to the hasty departure of a good man.
I curse the others
who wished him dead.
And I bless his name
João Jacinto Borges Pimentel
O Meu Santo Pai
whom I will see again
on Judgment Day 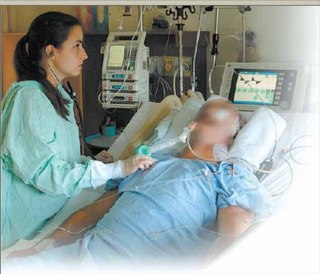 That if thou shalt confess with thy mouth the
Lord Jesus, and shalt believe in thine heart
that God hath raised him from the dead,
thou shalt be saved.
- Romans 10:9

Shades of a Styx song...

Have you heard the one about wasting your time online? Some blue collar workers and other, ah, shall we say "more concrete people" cannot fathom that someone could be FRUITFUL and even (omg-whatta revelation) WORKING online! Well, the link provided here on this day is what really wasting one's time is all about! However, writing, posting one's thoughts all over the net, even putting the dots on the "i"'s in personal messages, whether I.M.'s or e-mails (especially when one is a scribe doubled of a historian, who was, by sheer happenstance, led to rummage through both memories and old documents recently...)
Thus, concocting such spicy material can be a whole lot of different things to you then; research, documentation, first drafts, second drafts, plotting, getting feedback -but just barely- and simply routine practice for thy writings! See now - the PC or MaC is NOT just a TOY!
For everybody else - enjoy the link AND the emblematic theme embedded in here for your viewing and listening pleasure - it is a classic!

A few extra random notes:
It took me seconds to find the link AND the video
(it's all in the web search engine and technique!)
Mere minutes to write this and post it
and being online is not half as addictive nor as BAD as smoking!
Thank you!
Link
// posted by Luminous (\ô/) Luciano™ @ 9:09 AM 0 luminous comments