things are indeed not as they appear to be...

Things are not as they appear to be... Looks are deceiving... First impressions are always off the mark... spur-of-the-moment comments are off the cuff... tra-la-la...

Nope... Things are not always as they seem; and one would do well to focus on the lighter side of things! It appears to be the counterpoint to the X-Files motto (itself inspired by the not-so classic Kolchak The Night Stalker, in concocting it, surely...) which read simply "Trust No One"!

It is all to be measured in a case-by-case approach, really... Temperance and "fine tuned analysis" aptitudes are required; and one will make the right assessment - well, eventually!

Take for example... no, not the werewolf, not even ghostly apparitions, but the worst of the worst - vampires & witches. Nowadays, one cannot readily tell which is which! There are many subspecies, sub-groups of each type "out there" - and, uniformally, all claim to be good people. Yeah - why not? As long as the vampire sucks his own blood (or a willing paramour's) - and the witch is into beneficial potions and mother earth... Still those legends of Bell and wicked witches of the West endure... and we all know that there is always a little bit of truth in every legend or myth... hmm? (LOL).

Rule of thumb remains always true though - trick or treaters aged 9 and below are harmless little creatures having innocent fun...

Still - leprechauns and goblins are about the same size and built, legends say, and are malicious tiny fiends of consummate evil...!!! And, in this day and age where there are little vampires and teenage witches, one just never knows... right?
LOL

Blessings still... despite the hauntings and all... ;)

LUMINOUS DISCLAIMER:
This luminous site, and all of its TLB PRIME NETWORK "affiliates", contain summaries of copyrighted material for which reprint permission has not always been authorized by the copyright owner. We make these informations available in an effort to educate our "L.O.V.s" (luminous online visitors) on the broad range of issues impacting their lives, souls and society in general. We believe this constitutes a 'fair use' of any such copyrighted material as provided for in section 107 of the US Copyright Law. In accordance with Title 17 U.S.C. Section 107, the material on this site is distributed without profit for the purposes of criticism, comment, witticisms, news reporting, teaching, scholarship, research and/or strictly for rants, ramblings and other "rrrrrr-words"... (I.O.W. - Free Speech!)
The preceding shall apply also, of course, to any visual material such as drawings, art, photography, composite imagery and the like.
For more information go to: http://www.law.cornell.edu/uscode/

some continuity then; felines part deux... 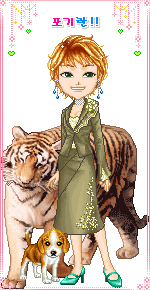 One has to be kind to one's pussy. It is unadvisable to overexert it for instance... exaust it... disparagingly manhandle it... and certainly to have it exposed to the elements is also a definite social no-no!

It is a wide-spread known fact that pussies tend to like the indoors best - it is where they can truly show off, uninhibited, safely and away from prying eyes as well...! Despite what some may suggest, pussies are moist definitely NOT show-offs... Although it is true; one would never know it by just looking at Veronica Electronica / Esther... ;)


Thus, suffice it to say, it is imperative that one goes easy on one's pussy - and indeed not dog it with anything too demanding!

Enough pussy talk - next time, I shall prickle something out of my hat for more... educative (and less whimsical?) fare...

ahh... the trouble with felines... 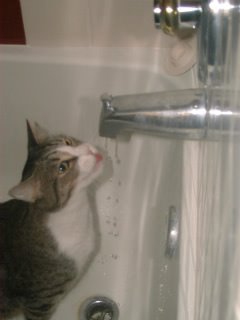 All that Red Sox stuff got me distracted...
Left a can of tuna's tasty contents in a dish, on the kitchen counter - only for a minute - and when I came back... pussycat was having a feast, instead of me! :(

Cat food is expensive enough as it is - if that darn critter thinks it is going to be fed premium tuna now - it is in for a big surprise...!!!

More surprising is the darn cat's apparent proclivity with the tub - when it's thirsty, at any rate! But I digress...


And there would seem to be yet more hidden meaning in all that - a sort of cherry-on-top allegorical kind of thing... for all of the Red Sox organization is celebrating... time to have a feast indeed! Not saying my darn cat is any aware of baseball or anything else for that matter... lol... not by any stretch of the imagination!

Ah yes - when curses are reversed and justice is meted out effectively, whether it is "at long last" or "for once" (...) - one can finally say these all-ominous sounding words... "THERE IS JUSTICE IN THIS WORLD!''.

And there was on the night I opened this blog - on the advice of a dear, dear lady friend (a llllady first - a friend as a "close second kind of thing"! ;). But, verily, I thought it was time I did this too - and why not on a historical date? The day the Boston Red Sox won it all at long, long last! It was about time! No more 1918 talk ever again! EVER!

Ah yes - this should have happened a long time ago; but then the numbers were not projecting that! No - not baseball stats, but rather the eerie numbers that accompanied the "rumours" of the atrocious Curse... (if 86 years of it are merely that...).

Fascinating numbers too; take Red Sox Ace Curt Schilling, who gave new meaning to ''being a Red Sock'' when he pitched despite his ankle injury... and with a bloodied sock to show for it! Well, Schill was born just two days over the 75 year mark after Red Sox Ace Carl Mays - who had gone 2-0 in the 1918 World Series victory! '75... one of the years the Sox lost a World Series they should have won! Note that even the number two has resonance there...

The indication was even on the field - that this 2004 team was the one to go all the way, as their 1918 counterparts did! Gabe Kapler and Johnny Damon wear numbers 19 & 18 respectively... and both play in the outfield! Thus, The Truth was really out there... in the outfield of dreams...?!? (LOL)

And there is more - one has but to dig it up to wonder if, in effect, we are not all enacting a previously scripted, ghostwritten, edited, revised and rewritten-a-dozen-times script titled... "LIFE''?!? That would account for all that déjà-vu stuff...

I always did believe we were all but actors in the Great Picture, directed and produced by God Himself... :)

Time to celebrate this particular sequence of the Great Picture now!
It is about time we get to!
Blessings!