Luminous Perspective On... Aging With Flair 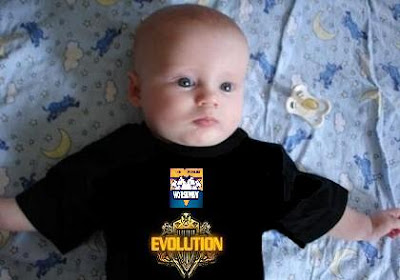 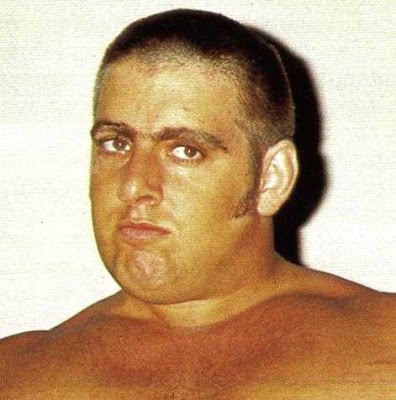 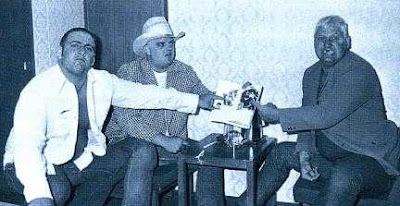 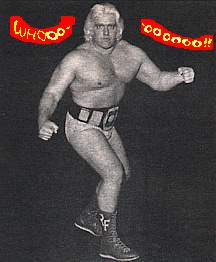 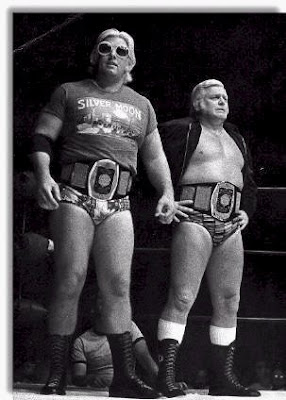 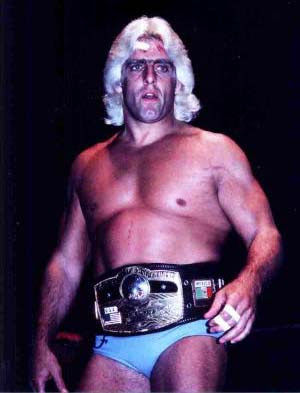 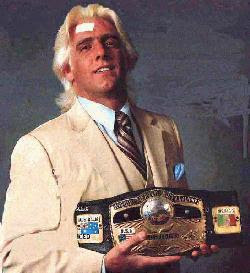 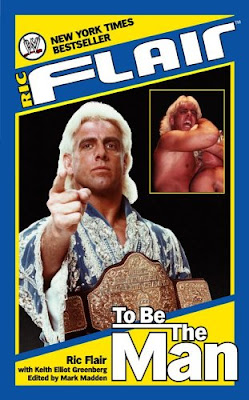 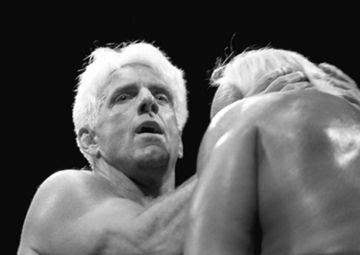 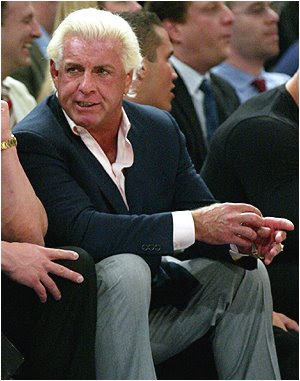 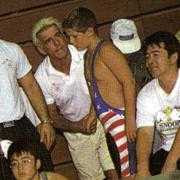 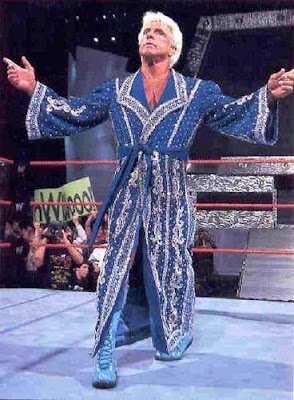 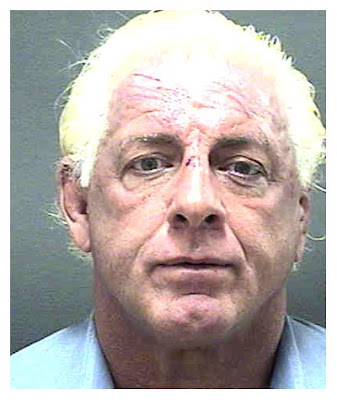 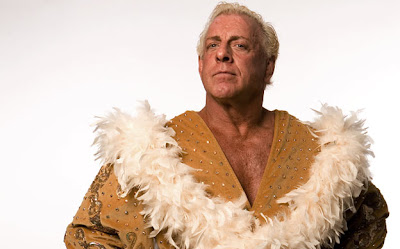 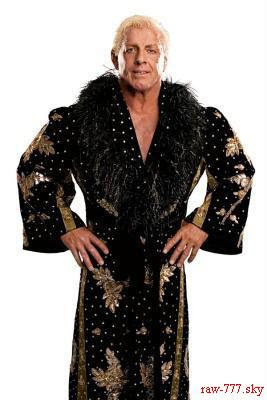 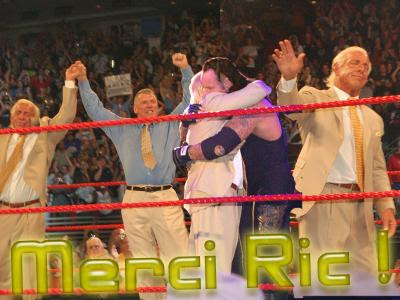 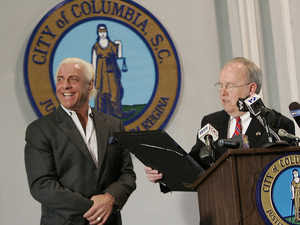 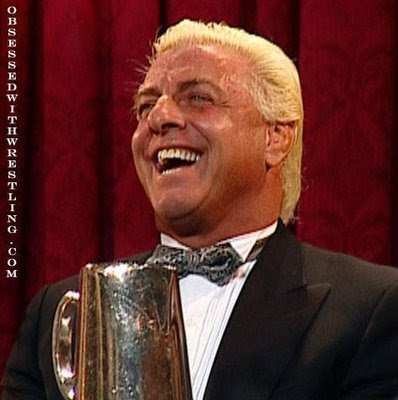 I've been wanting to do this for the longest time - ever since I concocted a similar post here about the attributed potential "many faces" of... Christ.

Now that the subject of this exercise has retired from active competition, on top of that, I take it as my cue to go ahead and proceed with this, verily, luminous analysis... Here we go...

It is not merely coincidental that, upon coming into this world, we are all so much alike. Save for some minor differences that include the color of our skin and the shape of our features, we are all the same. Our genetic make-up differentiates only in an infinitesimal degree and any baby could be substituted for any other, within reason, and no one would notice - not right away they wouldn't.

Through the years, as time passes and we grow older, certain changes occur, naturally. The basic essence, our divine spark within, remains the same though.

However, if we were to lose touch with certain individuals, we might experience difficulties recognizing them from decade to decade, such are the alleged "changes" - and yet; the person is the exact same person you knew before.

We perceive people a certain way - and through the years, even though all these many changes occur, if we are close to the person, we will always see them as the same person we know and hold dear. That same spark in the eye is always instantly recognizable, no matter what...

Our perception is diametrically altered whenever someone we do not know well is concerned. The same person, seen at different stages of his or her evolution, will appear to be two completely different individuals oftentimes. Yet, that is not the case at all. Still, whenever we have not been attentive to the toll of the years and their cumulative effects, be it merely on the elasticity of the skin, it can be as different as night and day - if only at first glance.

Adding to this disparity, our deeply-ingrained dislike of "the stranger"... We are always on our guard before a stranger - certain types more than others. We have it deeply ingrained in our psyche's make-up and therefore we allow preconceit to shape our perception of almost anyone we meet. That certain type of jaw tells us something about the person. That certain demeanor leads us to think something else. And we fail to use that spark of the divine that we all have inside: that which gives us the ability to truly behold he or she that stands before us, and see that person for who he or she truly is. Not looking at the facial traits, no matter at what stage of their natural progress they are, but looking at the individual's aura and that all-important mirror of the soul - the eyes, of course.

In Richard Fliehr, aka Ric Flair, we have an example of all this. That he remained, from ages 24 to 59, in the public spotlight eased his recognition throughout all these "changes" - although any fine observer will admit with me that he "looked different" in the 1970s, 1980s, 1990s and even moreso in-between 2000-2004 and from there until his retirement. I will not pretend that the first picture at the top is him either, but it goes without saying that he looked radically different during his first two decades of life as well. Everyone still recognized him instantly because we all "knew him" - and we will continue to recognize him whenever and wherever he shows up next. Beyond his celebrity though, as with famous people such as Paul Newman, Terry-Thomas (who was so very changed in the latter years of his life) and Johnny Cash, if the physique we remembered and automatically associated with "that special person" wasn't the same anymore, we had but to look into his eyes, peer into his soul, to unmistakenly identify the individual. It wasn't his physical appearance that made him stand out, thus, it was that precious spark within that did it. The spark of the divine, the one thing that makes us truly immortal: our soul.

So many individuals are blessed, as Richard Fliehr, with an outworldly appearance that accurately reflects the soul that resides within. And those blessed souls are thus allowed to fully blossom throughout their long, oft-perilous evolutive process; they are as the caterpillar that transforms into the butterfly and takes flight, in a glorification of the wonderful nature of God's Creation. No matter what happens next, no one can take away that beauty, not even if they kill the butterfly.

Others are stuck in the caterpillar shell, doomed never to come out of it. Yet, one look into their eyes and you will see that same exact divine spark as you see it in the very last picture above; and, if these unfortunate individuals, men or women, are caught smiling, just as Mr. Fliehr is there, the radiance rivals the most beautiful smiles you can think of - whether the person is in their prime or way past it.

Age is truly irrelevant when one looks at that very radiance: that of the soul.

Anyone foolish enough to judge by any other criteria is completely off the mark; because it is completely true that "life is short" - and none of our accomplishments will mean squat, for most of us within our very lifetimes too. What will matter is what we've nurtured on the inside; whether we've kept up that divine spark within, without adding negativity to it but rather if, throughout our earthly passages, we've managed to add to it via our own experience, something entirely our own, a touch of personal flair if you will... And if we've spread that a bit, unto others, via being a good brother, sister, father, mother, daughter, son...

God Did send help, heavenly-sent if not altogether angels per say: He Sent *us*.

A man like Richard Fliehr, whose biological parents are unknown and was adopted eventually, to grow up into a driven man who set out to be the best at what he did, has definitely achieved his divine assignment in this life. God Sent him for that purpose and, if only judging by the likes of 12-year-old Maddie Bouknight — who says she either wants to be a veterinarian or a wrestler when she grows up — Richard Fliehr was and is a role model.

“Whatever you want to be, you can go and chase it down — like he did,” she said.

That is what each and every single one of us can be, each to our own degree of efficiency (which is merely due to a materialistic concept called "notoriety") at any stage of our lives on earth, no matter what we do, no matter a great many of "imponderable factors"...
For no one is without that "spark of the Divine" within - only some use it very efficently, others not at all. In-between, there are an infinite number of variants, the sorriest of which is definitely the latter one, which often implies a complete and utter negation of that spark.

Others will say "give voice to the god that you have deep inside" - not me.
There is only ONE God.
However, He Has Made you. His imprint is upon you, upon your very basic make-up. You are a part of Him and He Is within you.
Greatness -such as Fliehr's- can only be achieved through embracing that, never through denying it. And the single most helpful thing to know is this: we are, indeed, all the same. All children of the same God, part of the same Creation.

I do believe that Richard Fliehr always knew that - and he benefited greatly from that knowledge.

No matter how outrageous the things he said or did, the act was all just that; and, even moreso, it was an act of love, giving his all to his chosen craft and to the legions of wrestling fans who never quit on him, through thick or thin.

Even when he wasn't the same anymore, even when he became flabby, wasn't in tip-top shape, was past his prime - they still cheered Flair.

They recognized the spark.

Where the "wooooooo" came from.

In closing - I had promised myself never to blog about "rasslin" again on this site - TLB PRIME; The Luminous Blog - but this has to be the exception that, ah, enforces the rule. (Especially in the light of the harrowing fact that there was a wrestler known as "Luciano The Enforcer" - and one of the perennial presences throughout the Horsemen history is The Enforcer Arn Anderson. Furthermore, said Horsemen history is truly like LIFE itself - a long, adventurous ride rife with triumphs and tragedies, alliances and betrayals, victories and defeats. And, with the years, a changing of the guard and, one by one, old friends going away - some never to return. Truly, this saga is indeed just like life itself.)

Fuel's song "Leave The Memories Alone" fit the bill perfectly for Ric Flair's retirement bash; and it does so even better here, for this exercise in studying how, indeed, "we never change" - no matter what the years do to us, physically speaking. We never do change - the core, the soul, what matters the most, is always the exact same.

And as Flair always said, "diamonds are forever, and so are..." - well, our souls!
I stylized the end a bit; I'm sure the man who knew all about "style and profile" will forgive me on that...!