Sing it to the tune of KC And The Sunshine Band's Biggest Hit
- nothing less, of course!

Without your understanding - (nay!)

Return of the Luminous Mp3 Playlist - Under Strict Conditions Though!

Aye - and thou shalt abide by them all now!
First off,

What thou shalt not do is
* Listen to more than 3 hours continuously *
(as they phrased it -
me, I would have said
"to no more than
3 consecutive hours")
* These limitations are due to the
Digital Millennium Copyright Act! *
Verily, under these conditions,
the following playlist is not to be
expected to play or
to be playable at any given time
beyond its 1st week
on TLB Prime (!)
And it is not even to be expected to play
in its entirety, without skipping a beat
-or tune-
like... ever!

Also worth mentioning:
the first track is really ONDE ESTÀS
not "Onde Ests"
and please
do play with the buttons for as long
as thou desires -
until it works, that is!

Now, without further ado,
enjoy the music - while thou canst!
(?!?) 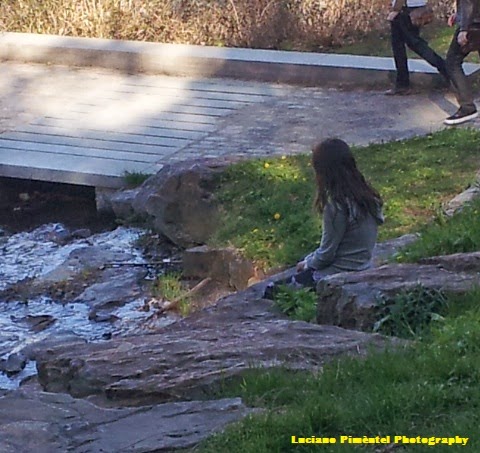 Once upon a time there was a little girl.
She was gravely ill, but none would tell her that she was
and just how dire her condition truly was, also...
Her parents would simply tell her that she didn't have to go to school anymore, that she could watch television late now, be home-schooled when she felt like it and never again have to ride in that horrible yellow atrocity they called a bus!
How could she say no to all of that?
Once in a while though, she would get antsy.
She missed the camaraderie of some friends.
She missed the fresh air too.
And on those days, no matter what the weather was like,
her mother would dress her up accordingly to it
and take her out, on the newly-purchased wheelchair.
They'd go to the river front park, observe the seagulls
and squirrels up on the trees.

Observing one such bushy-tailed little rascal one day,
the little girl asked her mother, innocently;
"what do squirrels eat, mom?"
Her mother, embarrassed she had nothing of the kind,
tried not to say "peanuts and walnuts" right away...
"They eat whatever is given to them, honey."
"Then, the people who come to the park feed them, mom?"
asked the little girl, inquisitively.
"Yes - I am sure that they do just that, honey."
"Every day?" asked the little girl with anxiety in her voice
"Every single day... Or whenever they pass by, honey."
"What can we give that squirrel now, mom?"
Hard-pressed to find something, the mother took some pieces of bread from the lunch's sandwiches and threw them in the squirrel's direction
"Here - he will have that when we turn our backs and leave..."
"Why - why won't he eat it while we eat?"
Hard-pressed to come up with some kind of explanation,
the mother simply muttered, with a smile,
"Squirrels are private persons - they do not like to have lunch with us."
Just then though, the little girl's attention was turned towards the seagulls who were making a ruckus further away, over the water...
Their noise sounded like an alarm that was further unnerving both little girl and mother... When both looked at the very spot where the squirrel had been, it was no longer there. However, the bread had remained, untouched.
The little girl was very disappointed by this;
"mom - you said he would eat it... But he didn't!"
"He will come back for it when we have gone, honey -
come along now, let's go, it is getting late..."
Just then, one of the seagulls swiftly swoop down and landed near the bread which it swallowed up in a mere fraction of a second.
The little girl's jaw dropped down in shock.
And the mother was now nearly despairing.
But then, as a ray of sunlight shone through
and the seagull took off
inspiration suddenly hit the mother
like a torrent of freshwater
cascading down unchartered terrain...
"Honey - you saw the squirrel, the way he just was there one moment - and gone the next?" asked the mother, hugging her child.
"Yes... But when he comes back, he has no lunch..."
"No - but he will have someone else here to feed him."
"Who's that?"
asked the little girl on this particularly cloudy day
"no one else seems to be coming today."
"The squirrel vanished - like an angel would do."
started the mother, with a warm smile and a gentle gaze
"That's because he's learning from his very best friends -
angels come, invisible to all, to feed the birds...
the seagulls... the pigeons... the rabbits in the wild...
and the squirrels too"
"They do?"
"Yes - they do."
said the mother, soothing her child.
"They have no more pleasant task than this one -
angels do. You remember Father Paamersson,
on the day of your first communion,
the passage he read from the Bible -
Jesus saying that we should not worry what
we will eat tomorrow; birds do not worry and their
Father in the Sky provides for them, always..."
"Yes, I remember..."
"He Sends His Angels to do that!"
The little girl seemed happy now -
her mother gave her another hug
and they went home.

The next few weeks, each time they went to the park,
the mother made sure to bring something
that the squirrels really liked...

Months passed -
and the little girl's health grew
from fragilized to near-death.
When she passed away
her mother could not stop crying.
The father arranged for the best funeral
such a tiny deceased one deserved.
Father Paamersson,
during the eulogy,
spoke, fittingly enough,
of angels
of cherubim
and how the little girl
reminded him of one
throughout her short life on this earth.

When she found the strength to do so again,
the mother returned to the park.
She went out too late and it was near dusk.
As she passed the exact same spot
where she had once been
with her beloved daughter,
she sensed something different in the air.
She kept walking
but she had to turn around and have a look
and what she saw was her daughter
standing upright, strong and full of life
smiling a beautiful smile
looking straight at her while she was
feeding the tiny squirrel
something glimmering - not of this earth.
Manna, most probably...
And, in a heartbeat,
her daughter was gone
like the angel that she was.