revenge of the sithhy buttheads...

Warning: this is an angry blog today 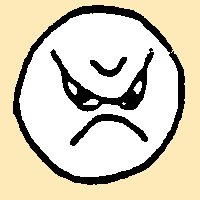 Nota Bene: "sithhy" and other liberties taken with correct English are MY editorial decision - and Lord Have Mercy on anyone who points them out to me as "typos" or outright "mistakes"...

My blog - my *luminous* blog... so I get to make up the rules... capisce? Hence... NO statistics this Sunday... rather... butthead bashing round two!

Hear ye, hear ye, buttheads all around that dared to disagree with me, previously...
What would even such as YOU do if thou had neighbours like THIS... who gather up all their cigarette butts and pile them up in a newly dug up hole in the ground of thy building's backyard... to the innocent as to the untrained eye, it looked like they were doing either one of two things with said digging - digging themselves a nearby grave (hey - you never know when you're gonna go when you're a bumbling butthead... they might just have to make a very quick exit... no sacred last rites required either for the atheistic nitwits I always said...) *or*, much more likely, the ninnies thought the smouldering heatwave outside would NOT cook up the tiny hill of cigarette butts and that it would all just lie there and put itself out - nature's own ashtray, eh...

Inane monkey brains lame-a$$ dipsiths that they are... as the hot -and suffocating enough as it was already- afternoon progressed, smoke started to emanate from the pile... it was, verily, a sort of pressure-cooker in there and, sure enough, it would have continued to burn, baby, burn... That is the way nincompoops start, unbeknownst to them -always- entire forest fires too! Great job, boogers... A job so well done, it leaves ME only one choice ; to play the part of Smokey The Bear!!!

Not that I mind stomping to smithereens smokes AND smokers alike... still... I DO HAVE BETTER THINGS TO DO! MY GOD - ISN'T THE DAMN SMOG ENOUGH?!? SMOG... hmm... now, who causes the proliferation of THAT too... hmm?!? Oh yeah... MORE IDIOTS! The kind that want to drive their car to the corner store... they need to learn how to WALK all over again... they just need their wheels... no matter what! Who cares if it pollutes the heck out of every urban center... the heck out of the planet overall... THEY GOTTA DRIVE... and... like Sammy Hagar sang... THEY CAN'T DRIVE 55 EITHER! Speed limits are for old-timers... eh? At least THAT brand of idiot DIES OFF MORE QUICKLY - every week-end, dozens of them drive themselves to THE OTHER SIDE... and I don't mean the damnable dark side of the schwartz! *LOL* To quote the Moody Blues this time - always better musicians than Sammy & the gang were - they will be "investigating THE OTHER SIDE OF LIFE" now... and it wasn't too soon at all!!! Oh... poor kid was only 23 or something... really? Well... that was, likely, not always - not in all cases - but definitely in some cases that was TWENTY-THREE YEARS ON BORROWED TIME OF A LIFE THAT SHOULDN'T EVEN HAVE STARTED IN THE FIRST PLACE - THE RESULT OF ONE NIGHT'S INDISCRETION WHEN THE TWIT'S MOM WENT TOO FAR, FOR WHATEVER REASON, WITH SOME ONE-NIGHT STAND, AFTER AN ENTIRE EVENING OF PARTYING, BOOZING, SMOKING, SHOOTING DRUGS EVEN... HOW CAN SHE BE HELD ACCOUNTABLE THEN FOR HAVING FORGOTTEN THE PILL... EH?!? NINE MONTHS LATER, THE ACCIDENTAL DEED WAS DONE... OR COMPLETE... AND, IN EFFECT, NITWITS HAD MULTIPLIED THEMSELVES... ONE SHOULD THANK THE STARS THAT IT WASN'T TWINS OR TRIPLETS... *LOL*  And, nowadays more than ever, it is like father like son... like mother like daughter... the son of a nitwit can only be... a nincompoop! One who drinks... drives too fast... smokes... shoots drugs... or snifs them into his system... maybe in that order - doesn't really matter! Now, does it? They SELF-DESTRUCT... it's their prerogative... fine... I couldn't CARE LESS... but let them do it WHERE THEY DON'T ENDANGER MY HEALTH OR THREATEN TO BURN TO A CRISP ALL OF MY BELONGINGS... HOME... NEIGHBOURHOOD!!! (Not that I care much about my neighbourhood though - it really could use some, ah... cleansing by fire! But through the POWER OF GOD... not the cigarette butts left unattended for and not properly put out by a bunch of light-headed druggies!!!).

Live fast... die young... leave A RAVAGED BEFORE ITS TIME NOT-SO-GOOD-LOOKING CORPSE actually... fools! BUT DON'T DO IT NEAR ME!
Or... there's going to be hell to pay!

Yep... I am one angry luminous blogger today... on Sunday too... the Lord's Day...  THE LORD SAITH IT: REVENGE IS MINE!!!
(It was never going to belong to those damnable pathetic wretches - you sithheads! HA! All you have got to look forward to is a slow, painful demise - and the PIT! A pit of brimstone and eternal suffering - as you so richly deserve it... YOU DAMNABLE SITHHEADS!!!)
*LOL* Sometimes, it cannot be helped...!
NO QUOTES - NO VERSES TODAY
NO COMMENTS EVEN
THE PRECEDING SAID IT ALL!
You got something to say to me, say it to my (virtual) face... E-MAIL ME!

Now - to all the buttheads out there who actually read this - go kill yourselves in your own slow way ELSEWHERE.

(I have my ideas on how to FORCE my neighbours to do likewise - and no, it isn't by using THE FORCE... maybe just a little dose of good ol' fashioned FORCE though... baseball bats are so handy at times like these - better than light-sabers! *LOL*).
The rest of you - see ya tomorrow...
I might be blogging to you from cell block B... *lol*

And, believe it or not, f-f-f-folks,
the preceding was self-censored;
I did leave out quite a few things...