Time to kill this week-end? Online? Try this...

You have time to waste on a Saturday afternoon? And I know for a fact that some of you certainly do - the wet behind the ears, antagonistic without much of a good reason to be, teeny-weeny, eternal adolescents among you, that is! Well then - try this link today!

Beats frequenting the same old same old message boards where the mentality of the wolf pack permeates the premises... where they act like jackals really, lest it be vultures... where no one can handle the truth when it is served to them, at long last!

The link is about the MIND... a site without much in terms of sound, however it does bring out a new perception of things... It is a dimension all onto its own! Next stop: no, not the Twilight Zone! Fooled ya! ;)

If that doesn't work...
Hmm...
As I once had the tradition to do here, "Saturday sports" seems a given!
The week-end has always appeared to be the ideal time of the week to either watch or practice sports... and maybe get injured in the process and claim insurance money while collecting from sick leave as well... but that is another story!

And then there are those with a bad fever on these days... usually the same crowd as those mentioned above - the wet behind the ears, antagonistic without much of a good reason to be, teeny-weeny, eternal adolescents...!
I always think of the youngest, nerdiest one in Saturday Night Fever at times like these... You know which one... the one who falls off the bridge? That one, yes!
But enough about them!
Have a nice week-end - the rest of you! :) 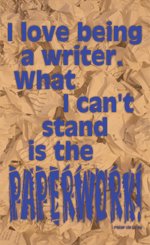 Or, if you are lucky enough to say so, the tepid treatment thy prose has received on the silver screen...
Link
// posted by Luminous (\ô/) Luciano™ @ 5:37 PM 0 luminous comments

As defeated as he may be, Paul Martin will still be around... in the Opposition.
As shady and even creepy as they may be, the Conservatives and their charismatic leader Stephen Harper are in as the new government... though with a minority in the House of Commons...
Canada could just as well have elected Stephen King and the Children Of The Corn I think...
Oh well... I won't stick around to see the depths that this new government (they rarely or never refer to it as "a new administration" north of the 49th parallel... for some odd reason) will surely reach...
I am a goner I think...
And no - it isn't hypochondria speaking.
It is experience.
Link
// posted by Luminous (\ô/) Luciano™ @ 1:37 AM 0 luminous comments

Gag order on the election results in Canada?!?

And no, the Bloc Québécois has nothing to do with it!
This near-totalitarian tactic is just a delay of transmission of informations that could affect the vote turnout in parts of the country where polls are still open.
We know the human mind - everyone has a "jump on the bandwagon leprechaun" in their cranium, somewhere, that lures them to hop on something deemed to be "a winner"... Even if said "winner" is not representative of one's best interests or even deep convictions!
The reverse could happen too - with advance notice that their camp is losing, who knows what someone desperate enough to win "at all costs" - "by any means available" - "by hook or by crook"- could do?
*LOL*
Okay - canadian politics may not be as cutthroat or outright savage and untamed as depicted here... tongue firmly in cheek, may I precise!
Ultimately, we all know that it really doesn't matter who wins... NOTHING will fundamentally change!
Whether it is the Liberals or the Conservatives... Canada will remain in the USA's backpocket! As they've always been!
Of course, there are always different degrees of burning, to everything... And the rumors about the Conservatives' leader Stephen Harper lead one to believe that he might be make Canada *TRULY* the USA's 51st State (#s 51 through 60 - right?) as Stephie here appears to be the puppet of some American interests who funded both his campaign and rise to power...
But those are just rumors... right.
Link
// posted by Luminous (\ô/) Luciano™ @ 7:34 PM 2 luminous comments

...
The Piltdown Man Mystery - ever heard of that one? No, it has nothing in common with Rumpole, Cadfael, Miss Marple, Sherlock Holmes or Hercule Poirot mysteries... at all. It is one of the most infamous scientific frauds of all time - one of those instances that brought shame and disgrace to (and certainly an unhealthy dose of distrust towards) the scientific community!
For they are supposed to be trustworthy -at the very least- and nearly foolproof - at their very and most idealized best! A scientific theory nowadays is listened to seriously with immediate respect by all; no matter how far-fetched it may really be. Whereas the religious dogmas are frowned upon by a great many...
However, recently, a new and very interesting trend has become noticeable...
Statistics seem to show that the great number of widely publicized scandalous cases of scientific fraud have steadily decreased the numbers of atheists - my old quarries and, quite frankly, the least of my enemies!
Verily, I'd rank druggies, imbecilic ruffians and the average greedy bastard higher as natural adversaries of mine than the poor atheists.
But, yes - that is another story!

Atheism, in the face of the many ills and evils of the world, is NO LONGER "normalcy" - what do you know! Even a stubborn mule can see the light of day, or so it appears... There is hope for the Democrats too then! Another story... again!
It is, of course, a conjunction of many facts and happenings that is causing this: on one end, science gets some discredit while on the other it is actually corroborating many religious beliefs (such as the power of prayer) and demonstrating their very real effects.
Some hardcore non-believers have even gone as far as "embracing the concept of intelligent design" - mainly due to yet another important factor, astronomical findings. WOW! Quite a turnaround, eh?

Nonetheless, for all of this progress, "true faith" is not on any upswing here...
All is as prophecied; and the prophecies about the state of things in the end times clearly stated that most people's "faith" would be only lukewarm at best...


Yeah - you may scream if you want to
But I am indeed never going to stop divulging the truth
IN YOUR FACE!