Music Video:
Throw It On Me by Timbaland

Aye - many brats are to be found headed in the wrong direction these days...
It has been that way since the dawn of time, verily...
Not much to do about it, I'm sure...! :!

Here: have more illegal Timbaland music, in the meantime
(that sure is going all wrong about it
while being on the right track!)

On CNN recently, the question was asked as to tongue-in-cheekly evoke the classic Tina Turner song - "What's Love Got To Do With It" if you don't remember it - and the answer to both questions is very clear to me: EVERYTHING.
I would even say ABSOLUTELY EVERYTHING.

Some panelists on LARRY KING LIVE argumented the logical points: that one is not electing a theologist but a president!
The faculty to accurately quote the Scriptures (be it Old or New Testament) is not really to be factored in at the time of choosing your candidate and casting your vote... All true. However, one has to pause and wonder about the basic background of a candidate - and if he (or she, yes) will follow a certain example when faced with a particular decision to make... Like, for example, will he exhibit the wisdom of Solomon when required? Or would he fall back on more contemporary examples of so-called wisdom such as... acting like a Dick Cheney? Would he look at a strategist as Joshua for inspiration - or would he inspire himself from as well as aspire to have by his side no more than a second coming of Rumsfeld?

It is not about quoting the Scripture - it is however about being properly inspired by it TODAY. And GOD is ALWAYS relevant - ALWAYS. The Ten Commandments may be removed from every federal monument they want to take it off from; they will always remain the foundation of the entire judicial system! And speaking of that flawed system now...

I recently heard a retired judge say something so right (NOT on CNN - make it LCN instead! It is, admittedly, a lady too; Andrée Ruffo. Mind you, another lady judge in the same area rendered an appaling sentence to such a slimey criminal offense recently enough - so, ladies or not has no relevancy here.)
Former Judge Ruffo said that "there can be no JUSTICE if there isn't LOVE" there - indeed, how can one be fair and mete out a just sentencing if one does not love the sinner and hate the sin; if one does not feel empathy and sympathy for the victim of a crime, also...?
And one and all will agree that GOD IS LOVE - correct?
GOD IS LIFE also - obviously.
Politics merely regulate life - for a time...

Hence, where politics are concerned, GOD is at the core of it all - omnipresent but absent, in perfect ubiquity as only He Can truly achieve.

The politicians HUMBLE and SANE enough to recognize that are the ones worthy of our vote: that is, those politicians who have not been bitten by the overzealous and out-of-control-ambition bug...!

Former Massachusetts Governor Mitt Romney is, for those very reasons, the most intriguing presidential hopeful of the whole lot of them for my money. A Republican, he is light years ahead of the inept Dubya. He is also squared-jawed and well-groomed yet spiritual and decent - who would have thought that possible? He is perhaps too perfect to be REAL - but voters should wonder if that is not preferable (if only to boost the sagging American image abroad) to having the likes of a Hillary or an Obama in office...? Not that Mitt is any kind of improvement name-wise; still, he will not automatically attract the ire of fundamentalists outraged at the thought that maybe there is some truth to the rumors surrounding Hillary's orientation (...) and, speaking of name value, "Mitt" will never be mistaken for the number one terrorist in the world either - it is a big plus.

But since we mentioned sexual orientation - what has THAT got to do with politics? Nothing? Then why would news leader CNN make such a fuss about RELIGION?

Maybe because, in this day and age, it is more politically (sic) correct to pick on the faithful and morally right than it is to pick on the alternative lifestyles once considered to be perversions...?

Aye - that must be it in a nutshell - indeed.

In conclusion though - we all matter, no matter who we are.
What we are. What we stand for. How we live our lives.

GOD LOVES US ALL.

And so does the political system we live and (some if not most) thrive in...
Said system cajoles and flatters and begs for ALL of our votes!

EACH AND EVERY ONE OF OUR VOTES COUNTS!
Let's make sure they do count for something though - by choosing wisely!


However numerous our like gets to be, we can only make a difference AS INDIVIDUALS - and here is the evidence (when it pertains to ME; it could be YOU too!):

Now, we could talk about identity theft with this - but let's not go there today!
Okay? ;)

I shall rather leave you with my response to ANOTHER CNN SPECIAL PRESENTATION that was on quite recently as well:
Jerry Falwell would make his last appearance on the network, I do believe, on that occasion...

It was titled "WHAT WOULD JESUS DO?"
A far more acceptable question, if you ask me!
(And, no, it has nothing to do with that "Republican Jesus" sometimes seen on the web... I shall not hyperlink to it here either!)

My answer to that question was as follows
and I leave you with it today:


You have but to wait a while and see for yourself...!

A few clues:
- He will come sword in hand
- He will command an army of angels
- He will judge the sinners in such a way that the entire Justice system will be put to shame!

Neither can any good Christian
and True Believer!

Hope sees the invisible, feels the intangible, and achieves the impossible.
- Anonymous 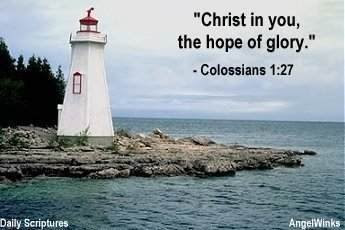 To laugh often and much; to win the respect of intelligent people and the affection of children...to leave the world a better place...to know even one life has breathed easier because you have lived. This is to have succeeded.
- Ralph Waldo Emerson 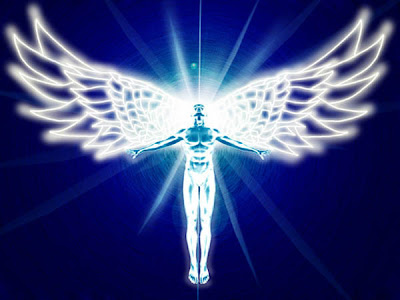 Let grace and goodness be the principal loadstone of thy affections. For love which hath ends, will have an end; whereas that which is founded on true virtue, will always continue.
- John Dryden

Happy Mother's Day To All Mothers

From The Greatest One Of All...