By a guest satirist... And your host too! Hope it bites as much for you as it does for us, ourselves and we...! 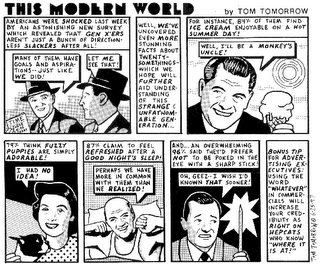 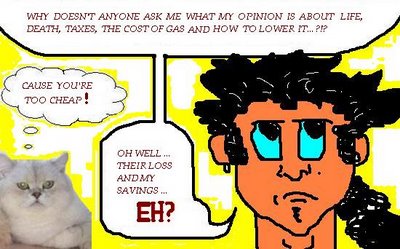 More of the latter - much more very soon too - here. 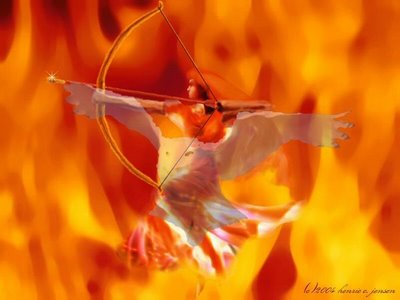 Plato is no longer a planet.
And I am no longer a star. (Whether that is in my own private universe or wherever...)
How... Disturbing, actually, for I loathe Pluto (the mythological character, not the Disney dog!)
How fitting still, for it reflects this valley that I am threading these days... Almost as bad, metaphorically speaking, as it was a whooping nineteen hundred and twenty-seven years ago today, in the year of Our Lord 79 - when Mount Vesuvius erupted, burying the Roman cities of Pompeii and Herculaneum in volcanic ash and killing an estimated 20,000.
"Wish I was there" or rather wish that I had been a contemporary "face in the crowd" then - at least, it would have been short-lived suffocation.
Link
// posted by Luminous (\ô/) Luciano™ @ 12:59 PM 0 luminous comments

May The Good Lord See fit that I may be deemed worthy of such a scroll/certificate as the one below... 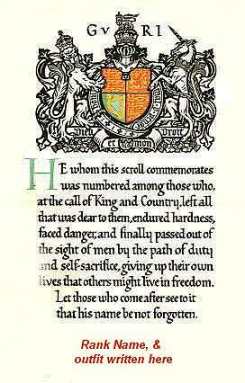 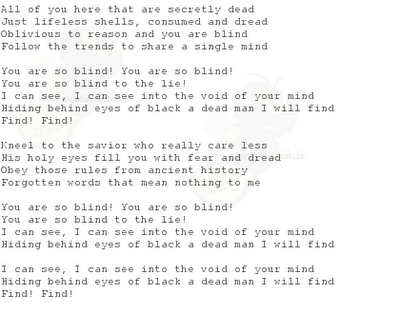 Glum text as subtext - even for me. But it fits the bill for how I feel...
I would have substituted "blind to the Truth" to that "lie" there though...
And I would have replaced "forgotten words that mean nothing" with "forever etched in my mind and in my heart- these words that mean everything to me"...
Had I penned this "dead man walking" gloomy song...
Link
// posted by Luminous (\ô/) Luciano™ @ 12:33 PM 0 luminous comments

When you acknowledge and give thanks for what you have you are stating and sending out the energy and thought, that you do have as opposed to you not having. This aligns you with current positive and abundant source energies and the manifestation of that must manifest in your life through the power of the law of attraction.

As the light increases and expands on the earthplane more and more will fall away As your own energy raises and expands more people will leave your presence and the new will be welcomed. The time now is your divinity manifest. (I say - only God Is God - but we can be ONE WITH HIM - yes! Our souls are a spark of the Divine)

There are never unresolved issues unless we believe them to exist. Everything in the universe is in perfect balance and it is only our human selves that attach to the existence of these issues. Sometimes through our human beliefs we manifest our own physical ailments.

When it rains, it pours.
A mere twenty-four hours after Mr. Gignac, another one of father's old favorites joined both Mr. Gignac and Dad "dans l'au-delà" - a veteran of stage and cabarets and all-around funnyman, Claude Blanchard.
He sang, he drank, he was a ladies' man and he remained likeable through all that - even when he'd be playing a baddie. He could, verily, do it all - and such a career is an inspiration to anyone else who'd aspire to but a fraction of what Mr. Blanchard accomplished.
Yet, in the end, like Johnny Cash sang so eloquently near his own end, we can build but an empire of dirt on this Earth - nothing is forever down here.
The soul is forever - and it does not belong here. Hence, the end is the true beginning. Amen to that.

I admit not to be very familiar with Claude Blanchard's singing repertoire - maybe he had as deep a body of work there as Mr. Cash did - he sure had the same type of voice. If Fernand Gignac was his country's Bing Crosby, then Claude Blanchard was some kind of Johnny Cash in his own inimitable way. Blanchard was better known as a funny guy though - and that is how I liked him best. He had an unparalleled flair to tell a joke like a storyteller should - not hurrying to the punchline one bit. He had flair for the dramatic; as the newsflash below indicates, he had been playing a "serious part" on the daily soap "Virginie" for over a decade already, opposite the refined lady Monique Chabot, who shall surely miss him much as she will now be playing a widowed character, most assuredly.
(There are many ways to deal with a cast member's sudden demise in real life on such shows, but the best course of action for the author of such a show remains to "write it in" into the show's storyline - and not to re-cast the part at all. Doing this reflects the respect one had for the actor who has died - showing without a shadow of a doubt that he was irreplaceable, which he is.)
Another giant gone - and these are never replaceable.
No one can fill the shoes of a Fernand Gignac - not Bruno Landry, not Bruno Pelletier! No one can fill the shoes of a Claude Blanchard - not Guy A. Lepage, not Guy Jodoin and certainly not the would-be irreverent Claude Legault...

Those of you who have no idea who this new crop of "artistes" are - consider yourselves blessed!
I encourage you to discover the recently-departed ones though - whether Gignac's recordings or Blanchard's television and movie roles, most notably in the 70s film "Gina".

Below is the newsbrief alluded to earlier... I notice discrepancies between it and some telecast news; in the brief, it is said that he was released from intensive care and an unidentified hospital altogether... While, on TV, it was said that he died at the hospital, not at home. Ultimately, the stage upon which we make our exit is not important. Knowing him as I do, Mr. Blanchard made good on his chance to go out in style - he had known that his days were numbered for a while now. We are all thespians in the theater of Life - we may not choose when or how we make our exits (that job belongs to the Director/Metteur En Scène...!) but we will be the ones delivering the "performance"... Dignity and panache are a must then, you will all agree.

One final note: Blanchard is pronounced "Blahh-charr" - skip the "d" at the end. St. Peter will, when he greets him at the Gates... ;)

Ever had one of these in your inbox...?

Mere shadows or shades of statistics sundays this Sunday... Sorry, folks!
Gibberish has taken on a whole new stupendous dimension since the advent of e-mail and cyber technology... The following is one of the funniest bits that examplify that to the hilt that I have ever received. Being a word-lover, I liked it, for it seems, at first glance, like someone with a higher vocabulary sent me this - and "this" appears to be a short list taken straight out of a *good* dictionary or thesaurus - a word list that is only missing the full treatment of being fully spelled out in parts and syllabified...!
Upon closer scrutiny though, of course, this "word list" makes less and less sense as we go down the length of it - several of them are not even words per say and a few are even comically "super-heroic" - in a dime-a-dozen dime story way (they used to go for a dime, lo, long ago... They may be priced much higher nowadays, but a dime is still their worth, most times out... But I digress!)
I mean... "husbandman"?!? And the juxtaposition to the word "celluloid" seems to imply that a movie will be made about this one too... Betcha that it will be better than Bats' humble beginnings, Soupesy's boring return and the Ecch-Men's pathetic last stand too! Especially if the wondrous "wifewoman" tags along for the ride... But that is another story...

Okay - enough! I think I've proven my point already - which is a two-fold point too! Or is that really a double-edged sword of a point...? Anyway! Point is - whoever you are, your inbox will have gibberishy spam like this in it, at some point... And - I can write at length about any subject - even this and even in the actual absence of a subject per say! *LOL*

Below, finally, here is the famous culprit e-mail... with comments in bold! ;)

This one is really amazing pherma - You got more then (then... than... potaytoe... potahtoe)
200 mads to choose from. Additionally, you get rock-bottom
deeals, because we are here for you! (You are?)